Aleiha Mitchell, 7, takes a swig from her snowcone at the Juneteenth Festival in Tucson, Arizona. Juneteenth celebrates the anniversary of when the very last American slaves were freed in Galveston, Texas in 1865. Aleiha's mother, Irma Mitchell, said that her family recently moved to Tucson from California, in part because of her memories of attending the Tucson Juneteenth celebration eight years ago, during her time in Tucson in which Aleiha was born. She said that the all of the feel and friendliness of the whole event stuck with her, and felt like home. 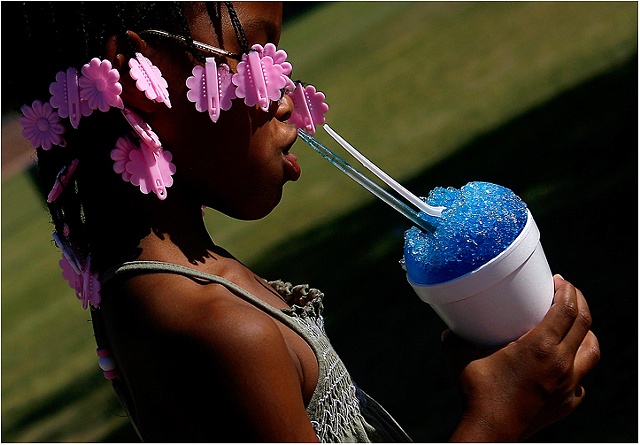