Raohl Hursh holds a sign asking for change while an ambulance rushes to an emergency call. While Hursh says he wants to recover from his alcohol addiction and become healthy, he admits that he feels he will not last another year on the streets. "I know, one way or another, I'm going to die out here". San Diego Medical Director James Dunford says that untreated, Hursh will likely end up in repeated extended stays in the intensive care unit, the most expensive medical environment at the hospital. "Nobody's at fault, unless they do nothing" he says. 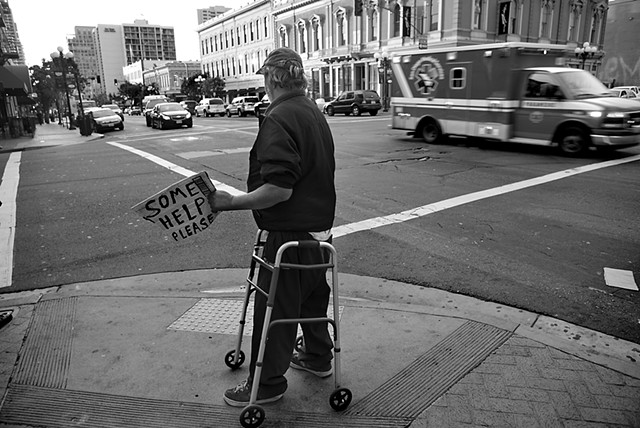