Still wearing the hospital issued pants from a previous visit, a man walks away from fire fighters after refusing help from a 911 call made for the man by a passer by at a Shell Gas Station. The man was sleeping under a tarp in the parking lot.Without permission to treat, the engine company returned to the station, but were out of service for around 30 minutes for the call and unavailable for other emergencies. Fire fighters are often the first responders to 911 calls, providing emergency care before ambulances arrive. Engine 7 had a total of 2,301 calls in 2010, 1,896 of which were medical or rescue calls, according to the City of San Diego. 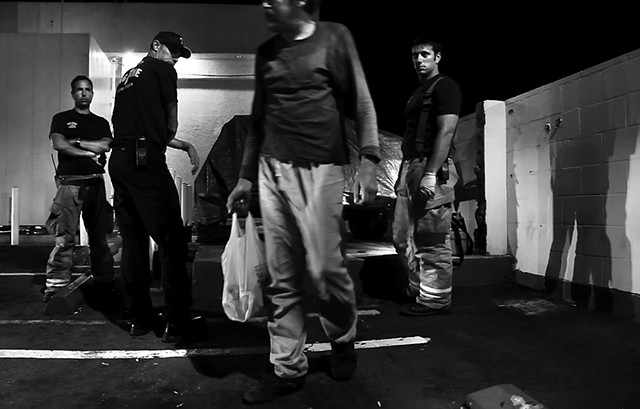