David Engelbrecht leaves the UCSD Medical Center-Hillcrest emergency department escorted by security after he refused to leave without his pants which he said contained a small amount of money and a pack of cigarettes. The pants had been disposed of because they had been soiled with urine and feces. Engelbrecht was in the ER at UCSD Hillcrest for the second day in a row with complications from seizures and a high blood alcohol content. While Engelbrecht does not demonstrate severe numbers of visits, staff associated his behavior as that of a system abuser and lost patience with him. He felt mistreated and robbed of his personal property. The impact of frequent users can impact the culture of the entire department when tensions and stress run high. 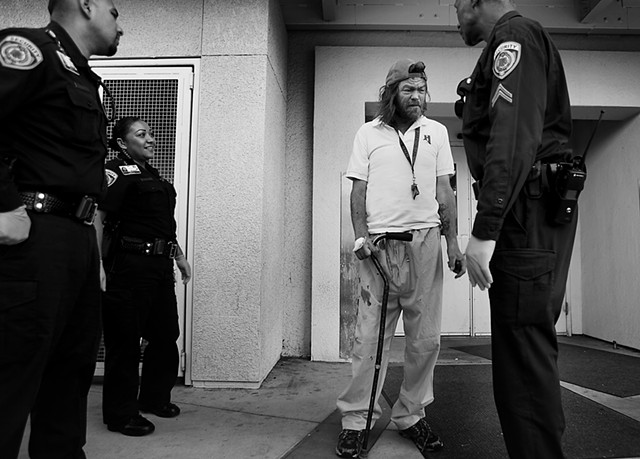