A strong kick to the head sends a gamecock's opponent toppling over during a 15 minute fight. The attacking bird was permanently blinded during the fight due to injuries to both of his eyes but continued to fight aggressively for nearly ten minutes. Although defeated in the final minutes of regulation, the bird's owner said that not only did he survive, but was sold for $300, a price warranted due to the bird's demonstration of courage and toughness, traits the purchaser hopes will be passed along to the chicks that he produces as a brood cock. 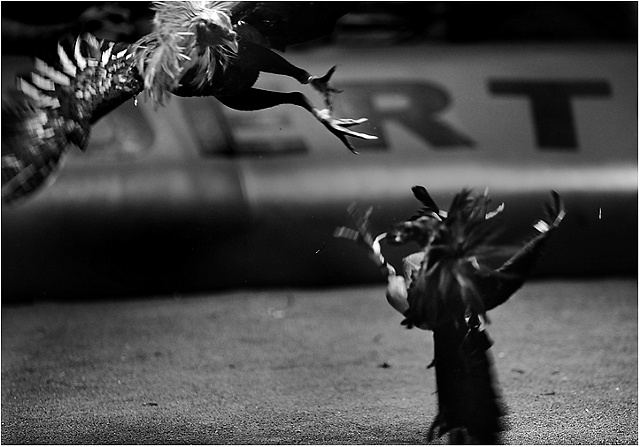