A man who remained unidentified is questioned by Laredo, Texas Police officers after being handcuffed and placed in the police car for drinking in public and failing to cooperate with a police officer. The man was let go after a series of stern verbal warnings and explanation of the need to respect the law in Laredo. Laredo Police Department Abraham Diaz explained that an integral part of the departments strategy for combating border crime is to assert itself as a formidable force to be reckoned with, which has the necessary training and firepower to resist the drug cartel violence that rages on across the border in Nuevo Laredo, Mexico. 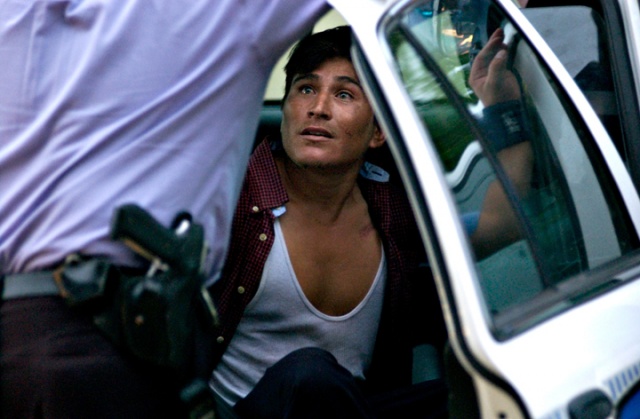