Jose Juarez,31, washes cloths while Jorge Corona, 50, and Jose Villanueva, 43, bath in in an irrigation canal near the U.S./Mexico border in San Luis del Rio Colorado, Sonora, Mexico. Villanueva said that he left Los Angeles on his own accord after 20 years to respond to a family emergency in Nuevo Leon. He said that once he was in San Luis, Mexico, he was arrested and robbed of all of his belongings by the police, including $500 in clothing and $600 in cash that he was taking back home. Like Juarez and Corona, he became stuck between his illegal home in the U.S. and native home in Mexico, reduced to homelessness in a border town unknown to him. 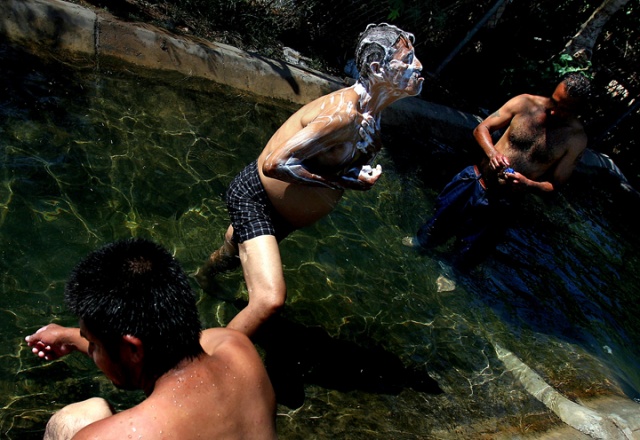