Fire department and ambulance crews arrive to aide Raohl Hursh after his girlfriend, Jill Heckman called 911 for him when he became intoxicated and could no longer walk, complaining of severe pain and confusion. The men called him by name and all knew him from several calls of a similar nature. The average time in service for a fire engine company to respond to a medical aide call is 30 minutes, during which time the crew is unavailable to respond to fires, car accidents, and other life threatening situations. Firefighters and EMTs city wide complain of frustration when dealing with "frequent flyers" and being unavailable to more immediate emergencies. 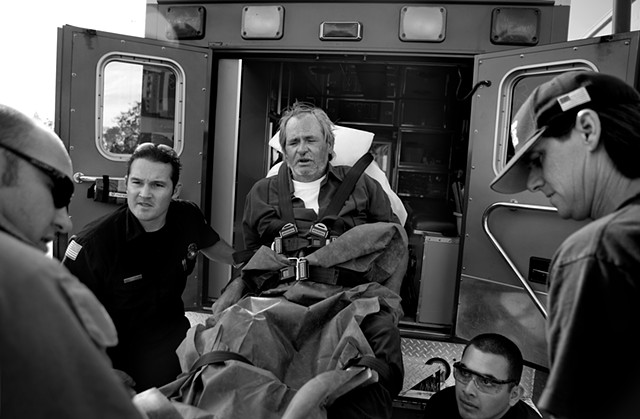