Dr. James Dunford, visits with Raohl Hursh in the intensive care unit of UCSD Medical Center-Hillcrest. Hursh was assaulted by another homeless man and transported to the hospital with bleeding and swelling in his brain. He was in the ICU for three days and accumulated a six-figure medical bill that ultimately became a public cost. Previous to this admission, he had been to this hospital alone 41 times in four years. Dr. Dunford, the City Medical Director fears that with no break in the cycle, Hursh will not survive, and cost as much as $1 million in medical bills in the process. 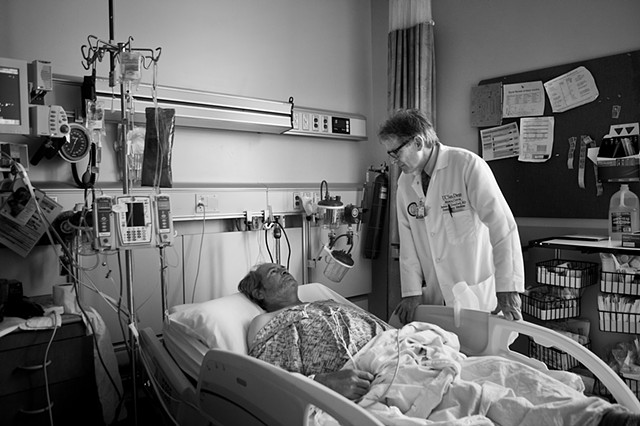