Raohl Hursh sits up in his hospital bed in the intensive care unit at UCSD Medical Center-Hillcrest. Hursh was taken by ambulance in critical condition when an alcohol related assault left him with bruising and bleeding in his brain. The month prior, Hursh has been to the ICU with a similar injury, also alcohol related. He claims that he has been to every ER in the city of San Diego and goes so frequently, that paramedics and police call him by first and last name. Roughly 2 hours after being released from ICU, was back in an ambulance on his way to UCSD. 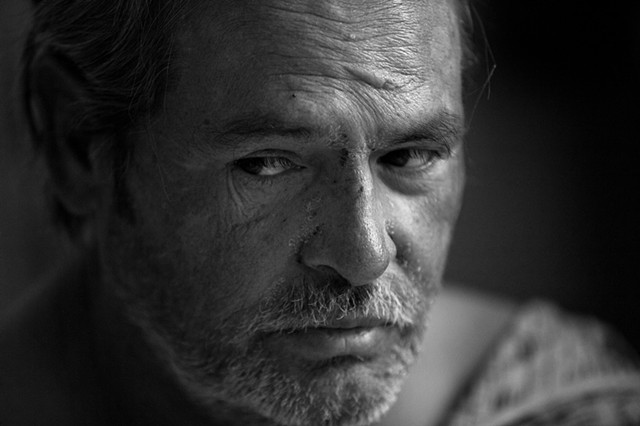