San Diego Fire-Rescue firefighter-paramedic Dave Stepp puts on his latex gloves on the way to a 911 medical call. "My favorite thing to do is fight fire, aggressively" he says. The vast majority of calls that he responds to are for medical aide, not fire. As the paramedic on scene, Stepp is in charge and has become very familiar, if not frustrated by the amount of frequent users that he encounters in his district. Some frequent users have legitimate medical conditions, while others, he says "have their own idea of what they want out of it". 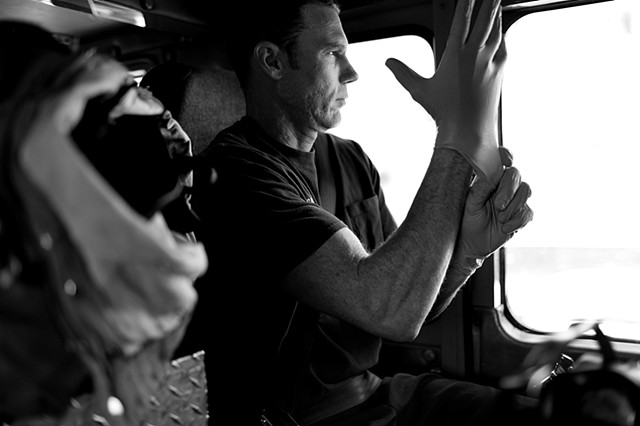