Dr. James Dunford interviews Brent Comer to assess his condition after hearing that the man had been kicked off of the city trolley and called 911. Comer reported feeling chest pains to the dispatcher but once he arrived to the ER told Dunford that he just wanted to be left alone so that he could sleep. Many frequent flyers learn the proper terminology to use when calling 911 so that they can ensure to be admitted quickly, such as providing complaints of heart attack symptoms. Their end goal is often unclear, says Dunford, but is not to be taken lightly. "You have to address every patient as an emergency, no matter what" he says. 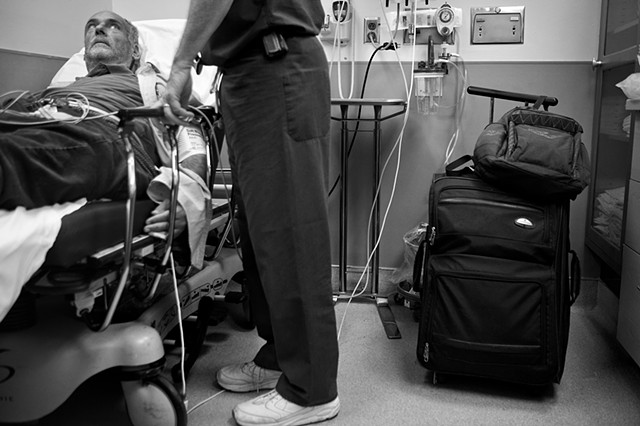